I have mentioned, previously, how my macrophilic inclinations have shifted, in my time here, from a lady being big (or getting bigger), to me being small (or getting smaller) – but I think I’ve connected some key dots as to why that is.

A lady growing means more power for her – I’ve always been focused on how she could exercise that power over me, but in fact it is power over anything and anyone. It also, in a more prosaic line of thinking, means that she would be more conspicuous, more liable to be caught by the world’s eye – and, perversely, if then seen as a threat, could mean greater danger for her. To dip into the realm of the metaphorical, the more powerful and the more obvious in that power a woman is, the more likely she is to be attacked by society, and potentially destroyed. And in this scenario, the entire thing is on her, while I remain a normal everyday citizen. I’m coming to think that it is – or at least could be – a very selfish kind of thinking.

My offering – or indeed, sometimes begging – to be shrunk, however, is me giving up power, and trusting her to use her control of me for my best interests – trusting to her judgement (the D/s parallels, I think, are fairly obvious). It is also requesting her to take responsibility for my safety, for even though I am less conspicuous, I have little or no means to defend myself from a world that is now a threat to me. The onus of the danger is now entirely on me, and I must trust in her.

…I like that line of thinking far more, these days. I hope only to find someone in real life with whom I can get to that level of trust.

In a perhaps less psychologically relevant (and revelatory) area… I’ve discovered a pretty direct correlation between the size that I feel – or wish to be – and how far gone into subspace I am.

Wanting to cuddle and be held? I’m something like a few inches to a foot smaller than they are.

Wanting to forget things for awhile and just please a lady? I’m half her height, wanting my face buried in her.

Wanting to just be used, however she wants? I’m… well, not to be too obvious, but… dildo-sized.

Wanting the world to go away? Positively minuscule.

There are exceptions and variations, of course – but I thought it was an interesting connection to make.

Thank you for sharing your thoughts on this. It can’t have been a comfortable conclusion to come to, and I respect the courage it took to be vulnerable about this.

I have some similar thoughts, especially related to the size I feel and how that’s often interconnected with how subordinate or dominant I feel.

I appreciate your empathy for the Giantess, and consideration for how it would feel to be so exposed, and the social price paid for that experience. It’s one of the reasons I feel tiny far more often than I feel Giant (at least in a sexual way–size dysmorphia often does what it wants, regardless). I have to be in a very particular mood to enjoy a Giantess fantasy that involves witnesses or public exhibitionism. These days that mood is mostly “fuck you, fuck the way you’re looking at me, fuck your judgement, fuck the bullshit story you’re buying from your bullshit patriarchal culture, just FUCK YOU.” If I can get to that place mentally, then I enjoy the fuck out of being a Giantess. But on days I can’t, the idea of being exposed is not often a comfortable one. It’s far easier for me to play the Giantess to someone’s shrunken self. As you explained so eloquently, the power exchange is far more reassuring and intentional.

Anyway. Thank you for posting!

That was great to read guys.

As a shifter myself, I was glad to find myself through your words. Of course, then, I mostly agree with your ways of thinking. Both growth and shrink end up in the two people being of different size, but their interactions with the outside world are drastically not the same. Also, as someone who enjoys to share love with multiple people at the same time, those two scenari can affect me differently. For exemple, if the person I’m interacting with ends up being a giant, then everything he/she could do to everyone (including me) can be a turn on. I could also find myself making love with someone my size, on -or more especially with- that giant body. In the contrary, myself being shrunk could mean that I may as well have interactions with multiple giants. It would also mean that I would be the weaker one, the one that should be protected and cherished. While in the first case, it would be my lover (or one of these) that would be the most powerful, the one where all gazes are concentrated. The one who is the greater and, ultimately, the most important thing in the world.

In that state of mind, I’m not sure that wanting the partner to grow would be the more selfish scenario. Because if I want myself to be shrunken in order to become the center of attention, am I not the more selfish one ?

That is a though question.

Anyway, I loved to read your thoughts guys !

Much thanks to everyone who has contributed or may yet contribute to this thread.

For most of my youth, I regarded most of my size fantasies as shameful (and, pre-Internet, unique).  The idea of letting anyone else know about them was absurd.  But when they refused to go away, my pragmatic self conceded that anyone I eventually became intimate with might well discover my…enthusiasms, and I began to ponder how best to present to a girl what I thought were uniquely freakish desires.

This was the beginning of my size aesthetic, exploring not just what appealed to me, but what could also appeal to others.  My chief concern was not to appear threatening, so I simply repressed any M/f scenarios into oblivion.  I tried to imagine what girls might find appealing about being relatively gigantic, a fascination that persists to this day.  It seemed fairly clear to me that most girls would find becoming a true giantess, growing larger than everyone they knew and towering over the neighborhood, to be something of a mixed bag.  Oh, almost everyone has fleeting power fantasies and lists of people they’d like to threaten/protect with overwhelming physical force, but the idea of being permanently giant, of maintaining a lifestyle and relationships among tiny people and communities, seemed much more daunting and wasn’t something I could reasonably ask the average hypothetical girlfriend to enjoy.

Me becoming tiny, on the other hand, placed all the freakish attention and vulnerability on me (where I thought it belonged).  I could be cute and non-threatening, and her desires would take priority.  I still struggled with the ideals of self-reliance that boys are saddled with; what would she think about a boy who fantasized about being unable to drive a car or get any kind of job?  And I also realized that there was an infantilizing aspect to wanting to be carried everywhere by one’s girlfriend.  Nevertheless, finding a girl who could appreciate a pocket boyfriend seemed much more realistic than finding one who was open to the idea of fucking a school bus.

Note that it never occurred to me that a girl could have size fantasies of her own.   I can’t imagine how different my youth would have been had I made that conceptual leap.

Anyway, my horizons have been broadened considerably since those anxious days, and I can appreciate many different ways that power and trust can be shared and exchanged in size fantasy.  I’m still learning (vicariously) about dom/sub relationships and how “selfishness” is many-sided.  I used to think that preferring to be a shrunken man with a normal-sized woman was more selfish than her growing into a true giantess because in the former scenario I’m the special one who needs attention, while in the latter scenario she’s the center of attention with thousands of (competing) tinies to choose from.  That’s still true as far as it goes, but I have expanded my appreciation for watching a giantess indulge her appetites, whether they be taking pleasure from my tiny form in her bedroom or strutting her giantess stuff down Main Street and dispensing some rough justice.

And eventually, I finally let myself admit that I really loved the idea of holding a tiny lady in my hand (and elsewhere), and some tiny ladies reassured me that they really liked that idea too, and then my notions of selfishness and power-sharing and predation exploded in a dozen different directions.

I’d love to hear others’ journeys of how they discovered what they like and why. 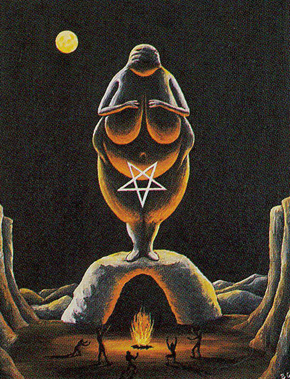 I want to be in you up to my chest, arms outside for massaging your clit. Squeeze me dry.